By now, you’ve probably heard a lot of talk about a proposal to reduce U.S. Highway 1 through the Village to two lanes each direction, instead of three lanes as it is now.

And you’ve probably heard a lot of discussion about the pros and cons of “lane repurposing” — and that’s a good thing. The Village needs to receive as much public input as possible to make decisions that support the wants and needs of residents and businesses long into the future.

That’s why the Village Management Team is planning an informative public outreach about the lane reduction proposal. The Village wants to make sure people understand the reasons for the proposed lane reductions and how the change will affect the quality of life in the Village.

Let’s start with a summary of the lane repurposing concept. The Village Council is considering a proposal to reduce U.S. 1 from a total of six lanes to four along a one-mile segment from Anchorage Drive North to Anchorage Drive South.   This will allow the Village to “repurpose” the outer travel lanes on both sides of the corridor and install a 12’ wide multipurpose path and landscaping.

From Parker Bridge to Anchorage Drive North, only the southbound lane in front of the Country Club would be repurposed for the multi-use path and landscaping. The northbound lanes would remain in place  to accommodate the traffic backup created by openings of the Parker Bridge.

From Anchorage Drive South to the Earman River Bridge, only the northbound lane in front of the Village Square shopping plaza will be repurposed for the multi-use path and landscaping.  Three southbound lanes will remain in place to accommodate the traffic backup created by those making a right-hand turn onto Northlake Boulevard.

Creating a Sense of Place

To understand why the reduction is proposed, it is important to look at the current conditions of properties along U.S. 1 in the project area.  Many of the office buildings there are old and deteriorating, and they are not attracting new tenants or businesses.  Most have many vacancies, as indicated by the many “For Lease” signs out front.   If allowed to persist, the Village’s concern is the negative impact it will have on the character of the corridor and property values.

Awareness of this problem is not new and has been a major concern of residents, property owners and Village Council members for several years. To address it, and other long-term concerns in the Village, the Village conducted a series of public meetings in 2015 to create a long-term vision for the community., This process resulted in the approval of the Citizens’ Master Plan, which was approved in 2016.

That Citizens’ Master Plan calls for changes in the Village Code of Ordinances that will encourage redevelopment and revitalization of business properties on U.S. Highway 1 and along Northlake Boulevard. It called for an update to the Village building code that would:

The codes are the rules that regulate building use, height, setbacks and architectural styles. They have a significant impact on the design of commercial buildings and landscaping, and are critically important to creating attractive properties that appeal to businesses and their customers, as well as to residents who live nearby. After an extensive review process, new Code language based upon the recommendations in the Citizens’ Master Plan became effective in September, 2020.

With the new codes in place, property owners along U.S. 1 can now create new designs in their buildings and landscaping. The old, standard office building, with a parking lot out front, and no other amenities within walking distance, no longer meets the Village’s code as it isn't a successful model for creating a sense of place and attracting tenants and customers. They know that to attract business, they need a place that looks welcoming, that feels like it’s part of a community, and that offers a mix of dining, retail, office, social and residential opportunities.

The look, design and functionality of U.S. 1 becomes a critical part of the success, or the continued decline, of U.S. 1. By repurposing some of the existing travel lanes, wider pedestrian and bicycle facilities, with more trees and attractive landscaping and lighting, can be added. And since the new code allows structures to be much closer to the sidewalks, the fronts of the buildings and businesses become part of the attractive look of the street, which creates a much more welcoming feeling than what the Village allowed in the past. This is what is meant by “sense of place” as a goal of the Citizen Master Plan.

Naturally, the first question people ask when they are told about the lane-reduction plan, is “won’t that slow traffic to a crawl?” Or “isn’t it backed up enough out there already without reducing to four lanes?” The answer is “no.” And there are good reasons why.

To begin with, the 1-mile stretch between Anchorage Drive North and Anchorage Drive South is the only stretch of U.S. 1 in Palm Beach County with six lanes. Everywhere else is four lanes, so the six-lane segment gets narrowed on both ends to four lanes already — at the Parker Bridge to the north, and at Northlake Boulevard to the south.

Traffic delays currently experienced on U.S. 1 in the Village typically are related to bridge openings, or to backups in the turning lanes onto PGA Boulevard at the north end, and onto Northlake Boulevard at the south end. Having a third lane between those two narrowing points has no effect on reducing the backups, so a reduction of those additional lanes would have no impact on the two intersections.  As mentioned previously, the capacity for traffic queues will remain the same approaching the Parker Bridge, and it will increase on the approach to Northlake Boulevard, under the new plan.

The Village has been working with traffic engineering experts to study traffic patterns in the Village and to create models predicating how a lane reduction would affect transportation throughout the Village. The engineers studied alternative versions of the four-lane concept, with the placement of sidewalks, bike paths, landscaping and lighting in varying configurations and widths.

Even with projected growth anticipated as a result of the new development code, the traffic engineer believes that U.S. 1 is a viable candidate for lane repurposing. Additionally, the Palm Beach Transportation Planning Agency also recommends and supports the repurposing of the travel lanes.

In studying the plan’s impact on travel times on U.S. 1, the traffic engineer found that the proposed change would add only an additional 18 seconds to a trip through the Village from Northlake to the Parker Bridge. And that calculation was done based on the anticipated future buildout of properties under the new development code, during the peak season at peak traffic hours (when traffic will be at its most intense).

So why narrow the roadway? Because, in doing so, wide multipurpose paths will be added that will provide for a better experience for pedestrian and bicycle traffic. Combined with the new development code, more room will be created for pedestrians and seating areas, attractive store fronts on new buildings built closer to the road, as well as parking lots moved to the back of the buildings, creating a more welcoming architectural environment that is designed primarily for people, not automobiles.

With new building codes now in place to allow greater flexibility for property owners to be innovative, more types of businesses will be attracted to North Palm Beach.

Furthermore, the repurposing of the lanes will allow for the installation of new, environmentally friendly drainage systems that will improve the quality of water runoff that flows into the Intracoastal Waterway.

It is vitally important for the Village Council to get ideas and opinions from residents before moving forward with the project. Be sure to check the Village website and social media often in the coming months for additional information and details about the proposal and for opportunities to provide feedback to the Village.

Lane repurposing is proposed as the next step needed to encourage private investment and bring new opportunities to properties that can be revitalized, helping create a "Sense of Place" where residents and visitors will want to stop and spend time, rather than just pass by as quickly as possible. 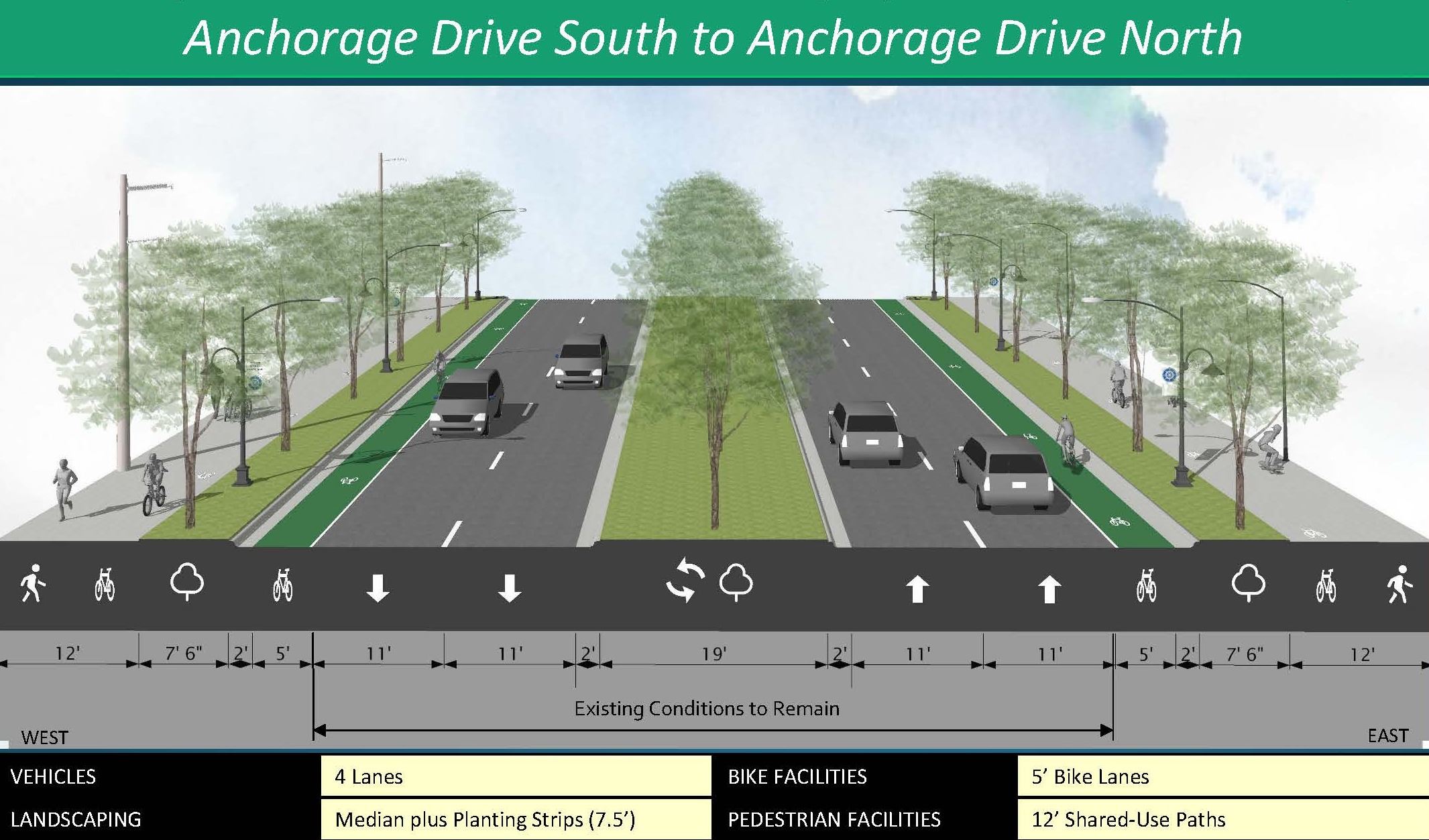 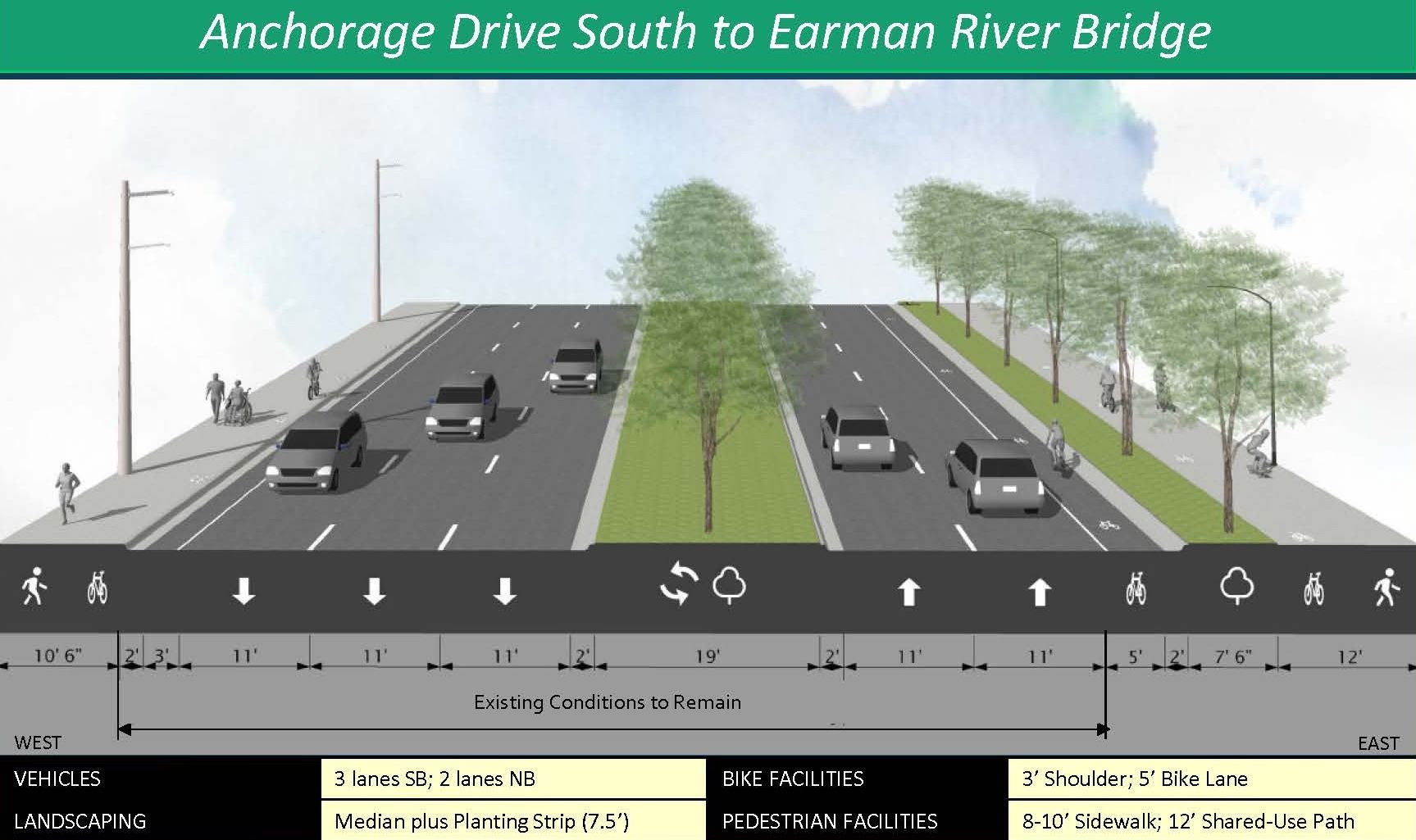 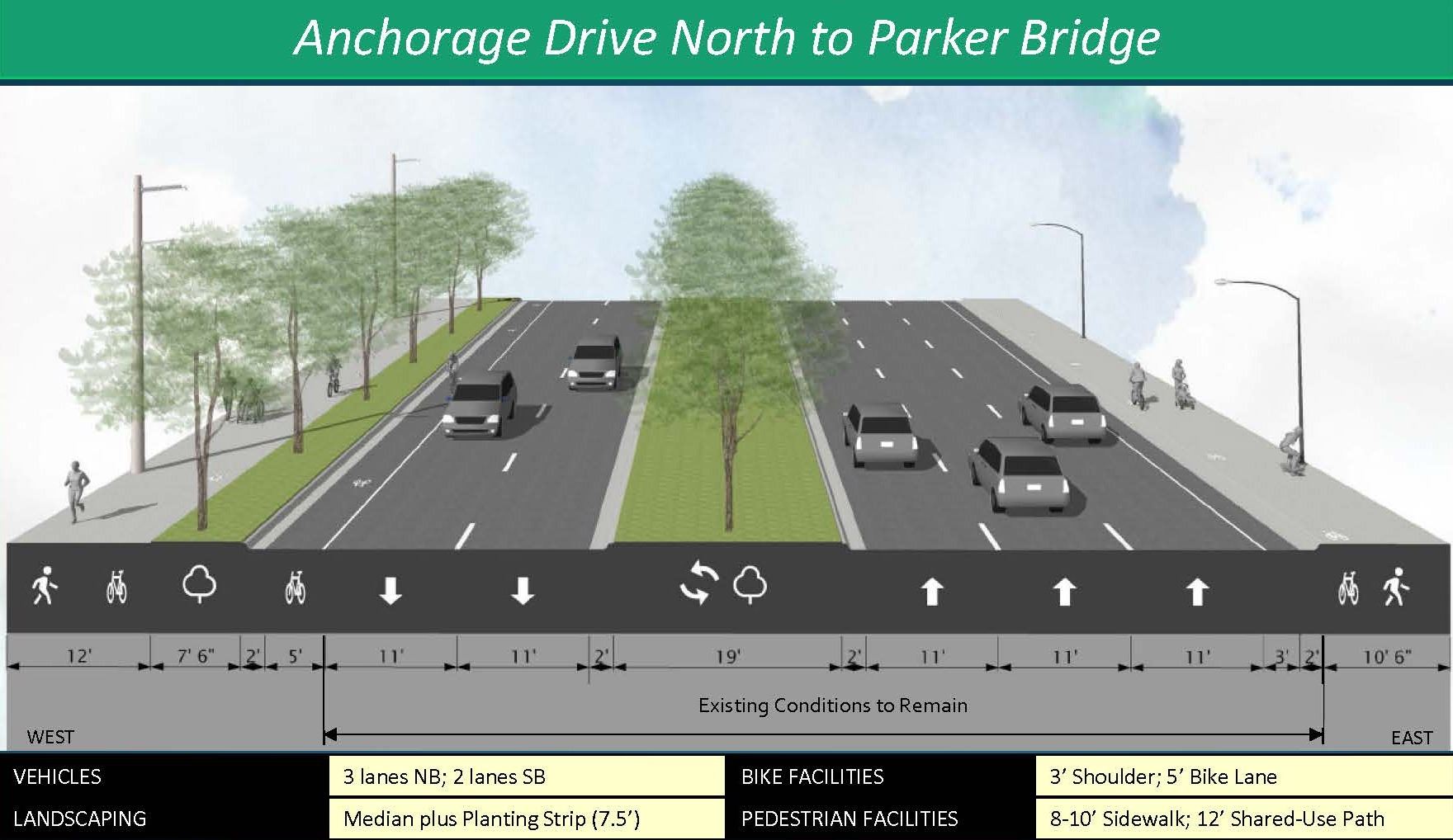 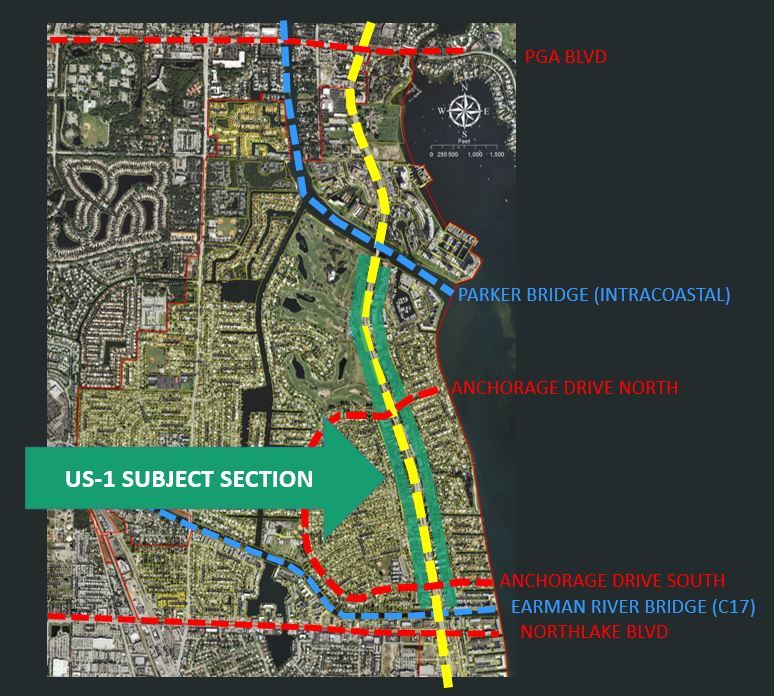