Honoring All Who Served

Join us as we honor our veterans! Refreshments provided. 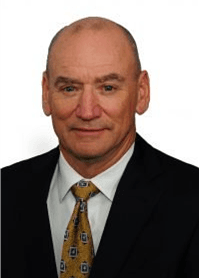 Rear Admiral Frank Drennan, USN (Ret.) graduated from the United States Naval Academy with the Class of 1976 then served for 34 years.  His career specialty was the Submarine Service, where he served on five submarines culminating in command of the nuclear-powered submarine, USS Portsmouth (SSN707) and its 140-man crew.

While in command he received the James Bond Stockdale Award for Inspirational Leadership.  He subsequently served as a squadron commander of seven subs and a group commander with responsibility for the readiness of all the Navy’s strategic ballistic missile submarines operating worldwide.  Following retirement in 2010 he held various business development positions for Lockheed Martin based in West Palm Beach.

He holds an MS in Engineering Management from the Catholic University of America and is a graduate of the Harvard Business School’s Advanced Management Program. He has held the position of Vice President of the Wounded Veterans Relief Fund (WVRF) since 2020.